Text about administration of the region. 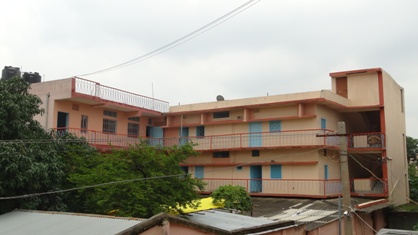 Prerna Sadan is the regional administrative house in Ranchi, the capital city of Jharkhand State. Ranchi is situated eastward about1,334 km from New Delhi. Located on about one-fourth acre of land, It is the office and residence of administrative personnel of the Region, and common meetings of the members are held here.

In addition to aged and sick members staying in this house, other ministries include proclamation of the Word of God, healing, counseling individuals and families, daily adoration, sacrament of reconciliation, and visiting the sick. 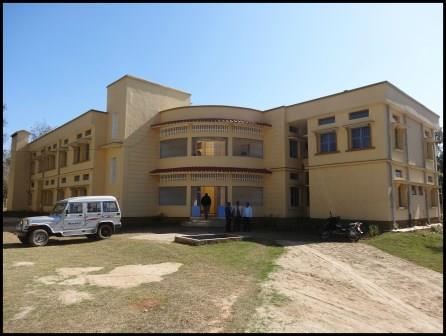 This minor seminary is named Gaspar Prerna Sadan, meaning house of people taking inspiration from Rev. Father Gaspar, the founder of the IMS. The seminary is at Sitargarh some 7 km away from Hazaribag City. Hazaribag is a Catholic diocese and a district in Jharkhand State. Hazaribag is about 95 km from Ranchi, the capital city of Jharkhand. Ranchi is situated eastward about 1,334 km from New Delhi, the national capital of India.

Donated to the Ranchi Region by the Jesuit Province of Hazaribag, this minor seminary opened in July 2011 with eight students at Koderma mission of the IMS and shifted to Sitagarh, Hazaribag when the building construction was completed.

During the last four academic years, 30 candidates in three levels of initial training are studying for the priesthood. Training includes both Hindi and English languages, the Bible, Catechism of the Catholic Church, history of the IMS, etc. All of the students come from different tribal communities. When the next academic session begins in July 2016, at least 15 new candidates are expected, bringing the total number of staff and students in the seminary to 48.